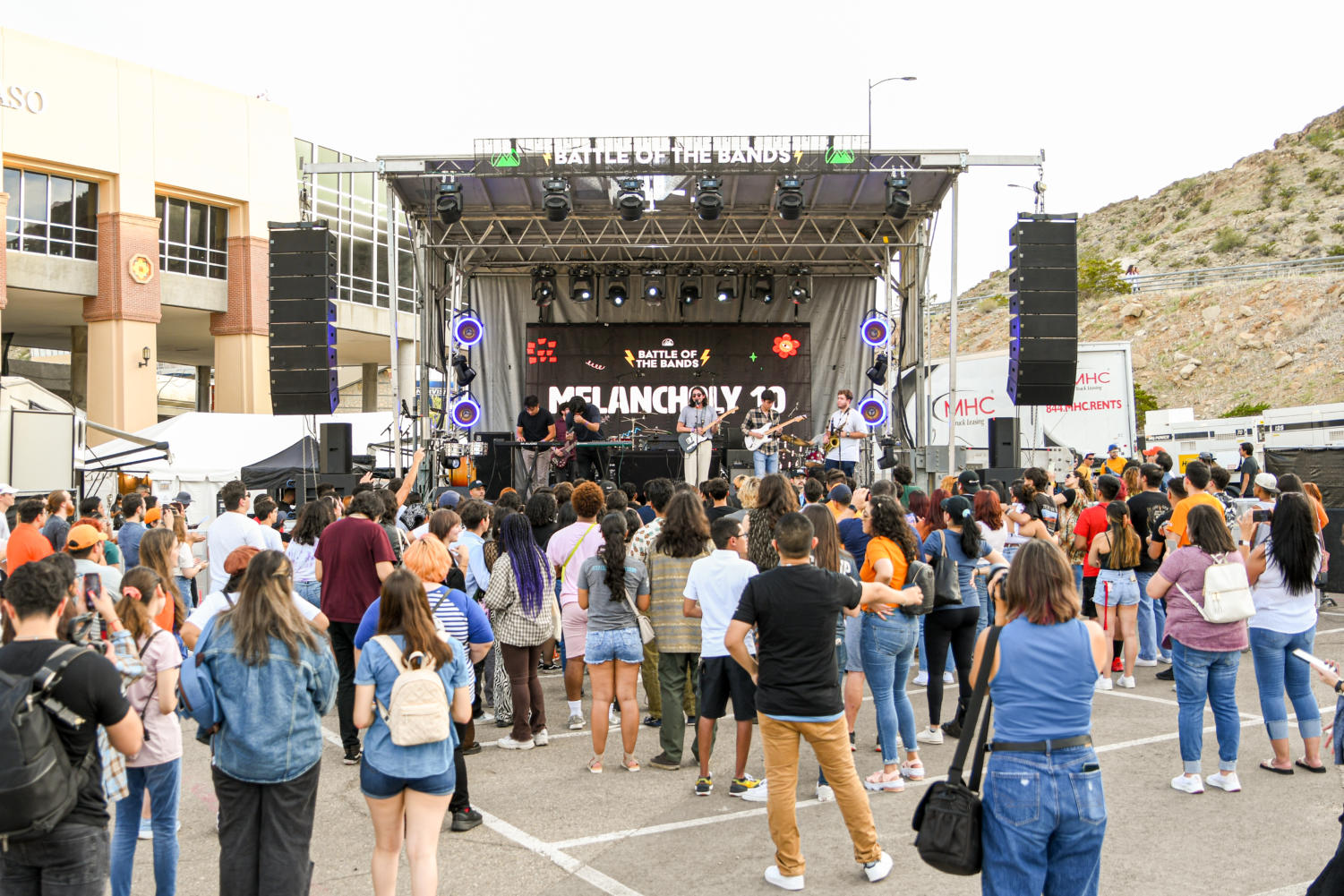 Melancholy 10 ultimately won the Battle of the Bands and two weeks of studio recording time.

Battle of the Bands: who was the band that won Miner’s hearts?

In the final round of Battle of the Bands (BoB), out of five bands who initially participated, only one came out on top: Melancholy 10.

The jazz-influenced indie group of seven students from the University of Texas at El Paso, kicked off the 32nd annual Minerpalooza by performing to a small crowd of early festival goers. Though their performance began with calm tunes, it ended with some excitement for their hit song,“Miss Galaxy,” from the latest album, “7.” 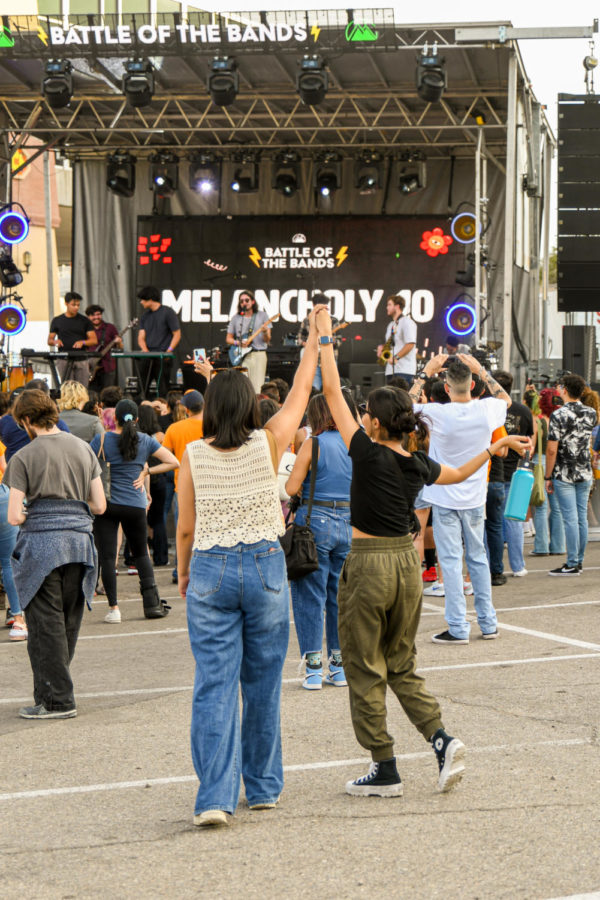 “Even if we don’t (win), it’s incredible that we got this far,” lead singer Che Ulibarri said after their performance. “No matter what, we’re going to record some music. So, keep an eye out for that.”

Sultanes del Yonke played after Melancholy 10, dressed in yellow and blue overalls, seemingly a reference to a well-known group of small celebrities. The group began their set with their version of a cumbia inspired remix of the NFL intro. Meanwhile, UTEP student and drummer Natalia Sanchez introduced the band.

“We feel really happy,” Alec Miramontes, the Sultanes keyboard player said after their performance. “We put in the work.”

“Be on the lookout for a release party,” said Miguel Delgado, the Sultanes guitarist.

Its self-proclaimed ultrasonido fronterizo tunes warmed up the crowd for Frontera Bugalu, who caused the audience to break out in dance, create dance circles and at one point –even mosh pits.

After them, rapper and El Pasoan rapper Krystal Poppin performed, creating waves in the crowd with just her dance moves.

To end the night and wrap up the welcome festivities, the winner of BoB was announced.

The group Melancholy 10 was speechless when its win was announced.

“This is what we love to do most. This is what brings us together. So, to be able to do that for (UTEP students) was an absolute honor,” drummer Bert Villegas said. 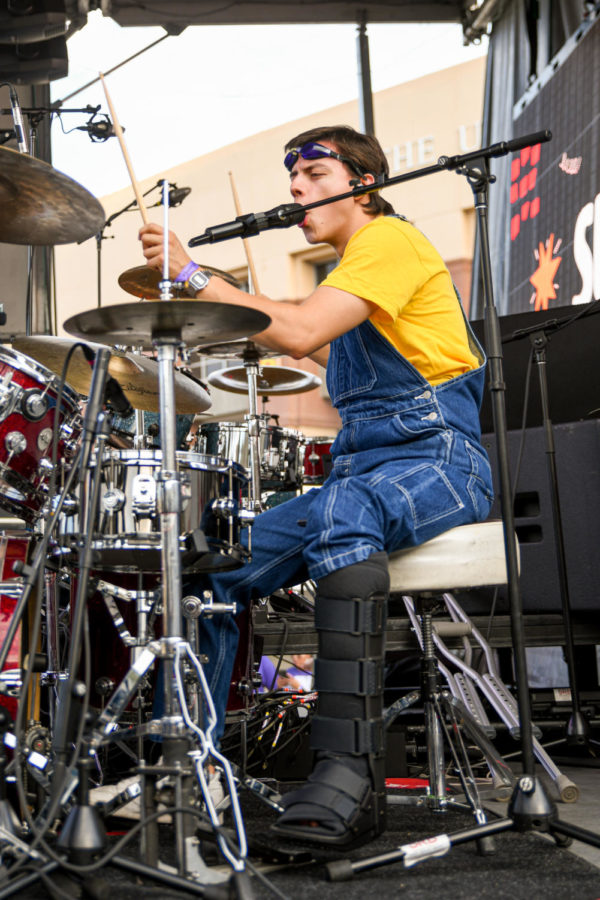 Gallery|5 Photos
Sultanes del Yonke drummer, Toño Ramos, plays as a finalist for the Minerpalooza Battle of the Bands with an injured leg.

You can stay up to date with Sultanes del Yonke on Instagram @sultanesdelyonke & Melancholy 10 @melancholy.10.

You can find Melancholy 10’s latest album on Spotify.