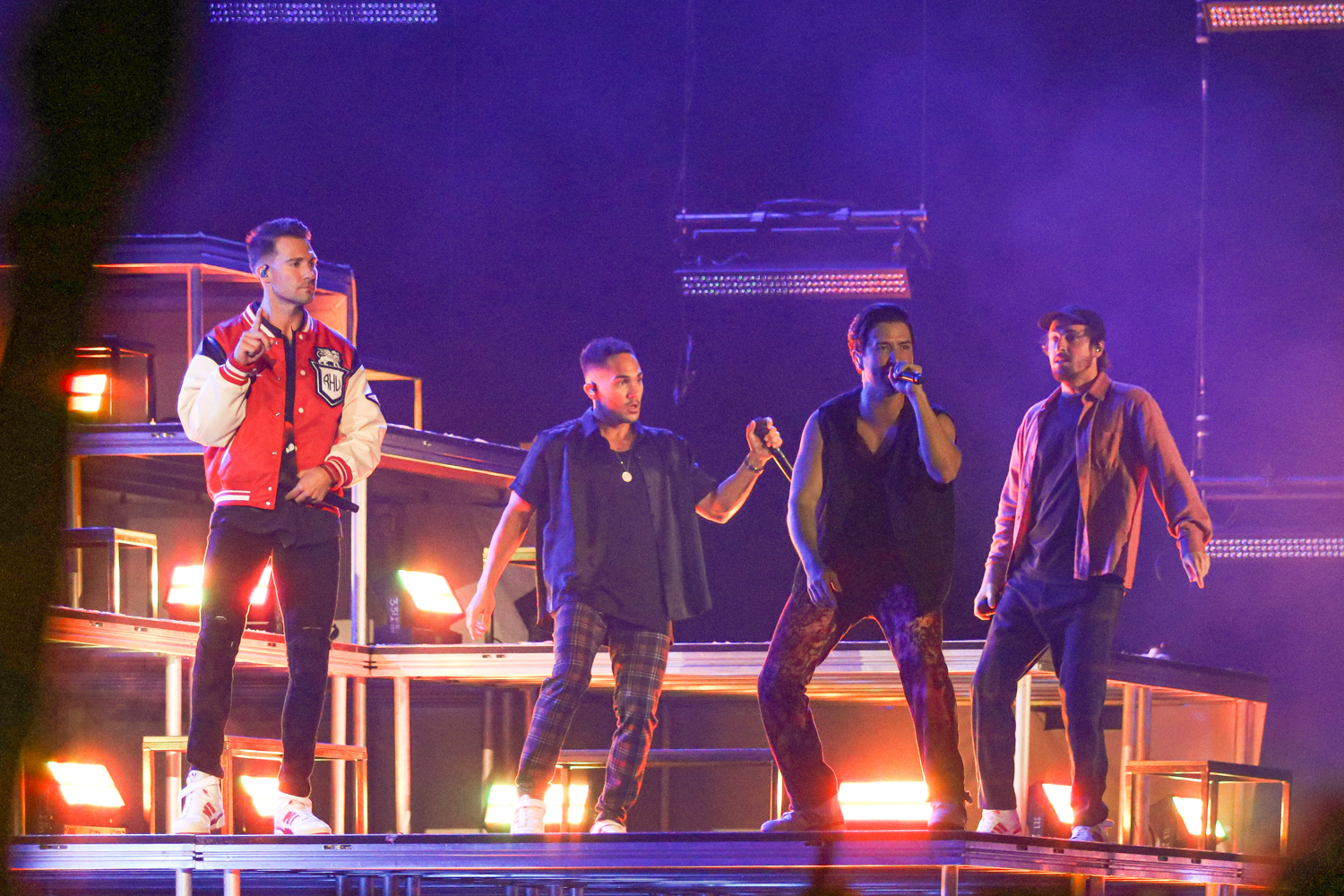 The members of Big Time Rush, James Maslow, Carlos PenaVega, Logan Henderson, and Kendall Schmidt had an energetic performance that concluded with a promise to come back. (Ethan Thomas )

The members of Big Time Rush, James Maslow, Carlos PenaVega, Logan Henderson, and Kendall Schmidt had an energetic performance that concluded with a promise to come back.

After splitting in 2013 to pursue solo careers, the band reunited and began releasing new music in 2021. Before the split, Big Time Rush had a Nickelodeon sitcom that ran for four seasons between 2009 and 2013. The band released three albums in that time period.

Though the concert started at 8 p.m., fans began waiting outside hours before, with lines hugging the curb and extending down North Mesa Street toward Village Inn, a few blocks away. Some fans had been waiting months to hear the recently reconnected band sing live.

Tickets for the concert went on sale Feb. 25.

Fans were already wearing Big Time Rush merchandise, while others hurried in line to purchase T-shirts, hoodies, tote bags and other goodies. Prices for these items ranged from $25 to $200. Many fans decorated shirts, hats and more in preparation for the Big Time Rush concert, and were disappointed to find out that big posters were not allowed inside.

Though advertised through various forms of social media, some concert-goers said they heard about the tour through the band’s Instagram page.

Artist Spencer Sutherland traveled alongside the band opening for Big Time Rush. His set lasted about 45 minutes, with Big Time Rush finishing off the night performing for about two hours. 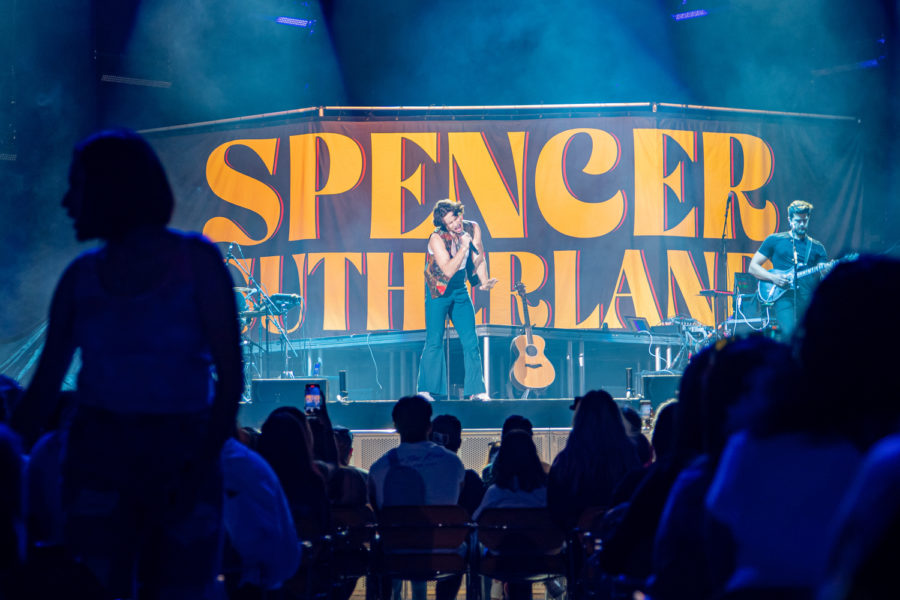 The boy band kept the crowd entertained by bringing audience members on stage, throwing balls and T-shirts into the audience, as well as splitting up into different sections of the crowd. Fans gave the Big Time Rush members their phones to take pictures and record videos as well as pens to sign their belongings. 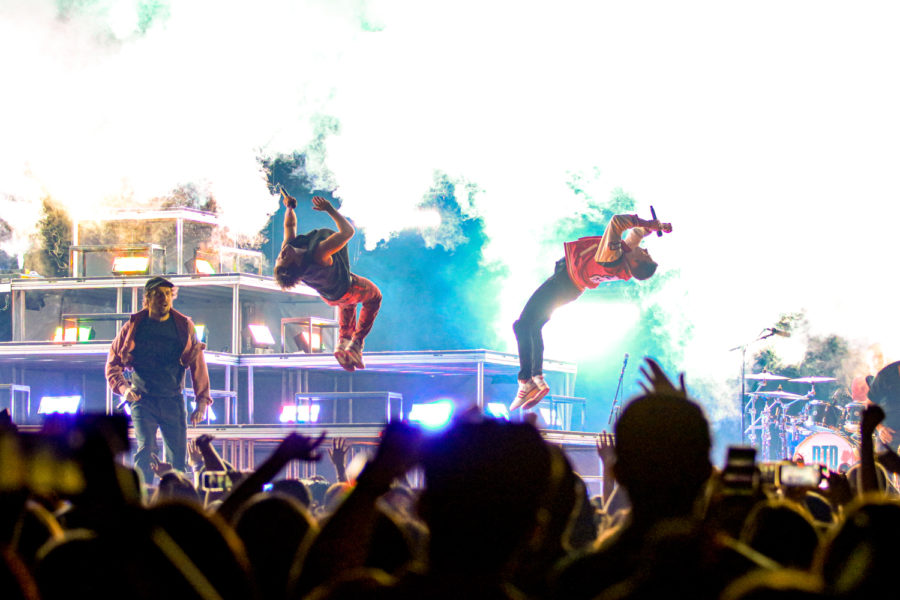 The band started off their concert with its song “Windows Down” and continued the concert singing some of the songs from its early discography, as well as songs from the show. The band also introduced new music, including songs that have not yet been released to the public.

Through a series of interviews, fans shared that they anticipated the band would sing one song in particular. However, the band exited the stage, as to say farewell, leaving fans chanting for more.

Big Time Rush then rejoined the stage once more to end the concert with one of its biggest hits, “Boyfriend.”

“‘Boyfriend’ is my favorite song by them,” El Pasoan Jilian Rodriguez said. “It’s a serotonin booster.”

Many fans harmonized along with the group, singing the songs that brought back memories of their childhood.

Some fans described the experience as “nostalgic.”

“It feels more personal,” UTEP Sophomore Jonah Ayala said. “It’s a part of my childhood that I’m getting to relive.”

With the tour lasting from June 23 to August 20, Big Time Rush still has eight more nights of performing on itsForever Tour.

However, the band members agreed that they want to return to El Paso for a future concert.

“I never would’ve expected this level of excitement from so many of you,” Big Time Rush member James Maslow said.