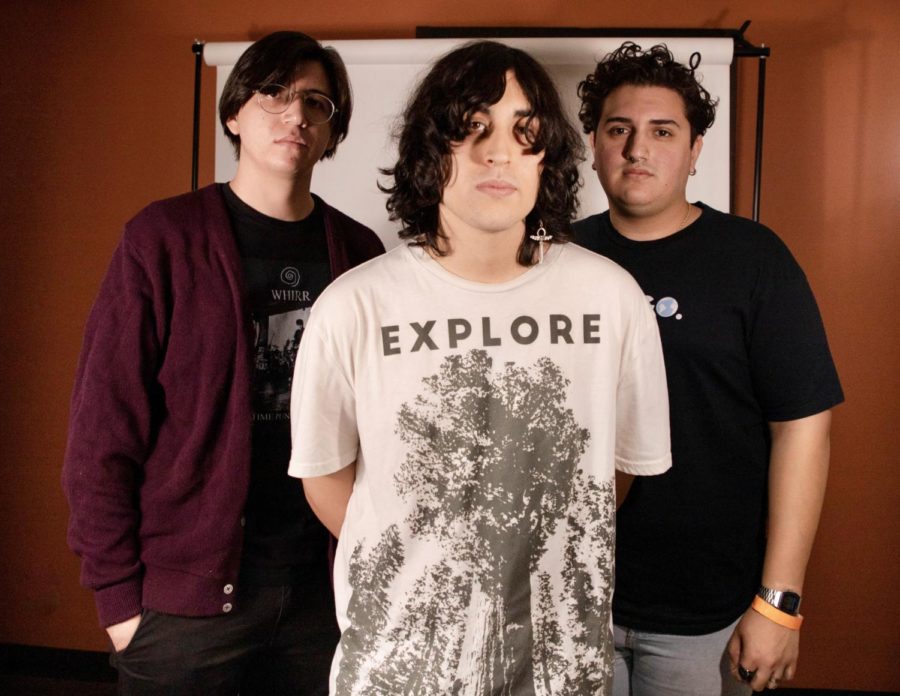 Prieto, Isaac Delgado on the drums, and Kevin Salazar on the guitar, sat together for an interview with Minero Magazine prior to the second round of Battle of the Bands.

Prieto was explaining why he could not place a label on Low Perfection’s music. They had begun as an indie music group, to punk, to what they are now, which he settled on describing as “so many different things.”

The three musicians had played music their entire lives separately. But it seems their contrasting backgrounds in music is what led them to not settle for any specific genre. On one hand, Prieto said it could be an effort to appeal to many listeners, but there is also the other hand.

“Maybe it will f**k us if we don’t stick to a genre. How are people going to want to listen to us?” Prieto said.

The group originally started as a solo project created right before the COVID-19 pandemic with Prieto at the helm. He wrote and released some songs which he said did really well and eventually, Delgado reached out to Prieto asking if he would be interested in starting a band together.

The group would not gather in person often due to the different lockdown measures occurring at the time due to the pandemic. But through it all they stayed in touch mostly online. When the world began to open up again and opportunities like Battle of the Bands appeared, the group knew that they had to take a chance to get their band’s name out there.

“You’re not just going to go to Minerpalooza just to talk to your friends and just have music in the background,” Salazar said.

Prieto had shared that the band had a hard time in the El Paso indie and punk music scene, as they had mostly performed at house parties and local bars in 2021. They felt their audiences were not really in an environment to truly appreciate their music.

While they are appreciative of the opportunity to play at Minerpalooza, they said, are hopeful that UTEP students and El Pasoans will seek them out in other venues and continue to support their music.”

Together, they hope that events like UTEP’s Battle of the Bands encourages the El Paso community to really pay attention to the local music scene.