What’s changed about going to the movies

How Cinemark Has Adapted to COVID-19 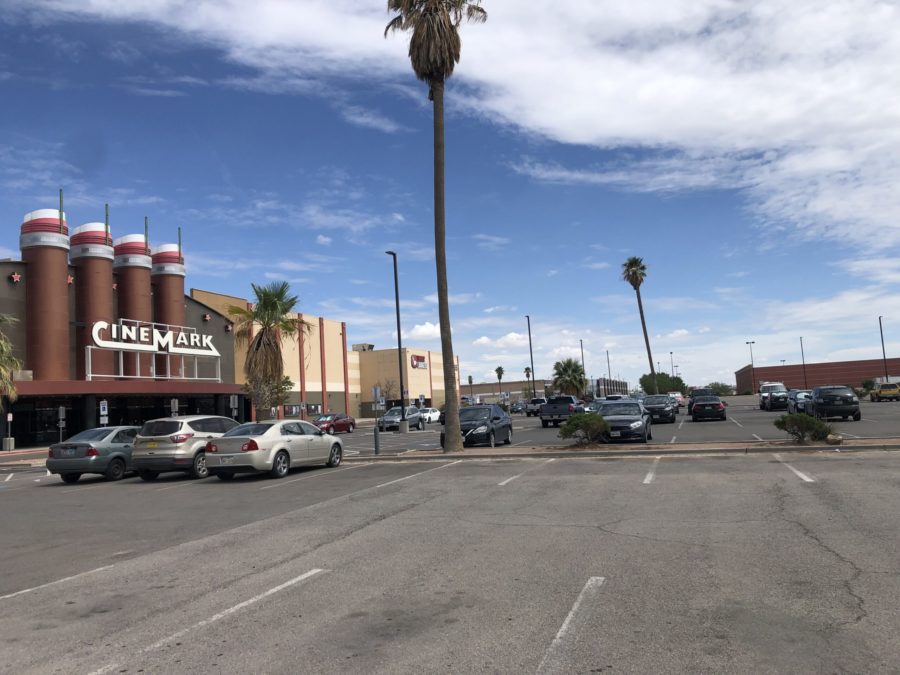 From dressing up and going out to a theater to watch a movie on a Friday night, to watching it straight from your own living room, families are eager to finally get back to what they love: going to the movie theaters. After living the sheltered life for what felt like an eternity, El Pasoans have started to leave their homes and return to the cinema. To their surprise, many were not aware that the theaters have been open for over a year now.

Cinemark 20 & XD, formally known as “Tinseltown,” has been open since July 31, 2020. It was the first of the Cinemark chain to reopen in El Paso, while other theaters opened up weeks, even months later. Cinemark 20 & XD used email, word of mouth and their box office marquee to advertise the reopening.

“It was quite successful even if it took a while for most of our guests to learn we were open,” General Manager of Cinemark 20 & XD, Heath Poe said.

What’s been happening since the pandemic began

Numerous new releases were pushed back from their original release date, and Cinemark 20 & XD showcased classic movies in its place.

“Initially we had Classic films for about 4-5 months in some capacity because there were not enough films,” Poe said.

Tickets were $5.00 for older films. Large tubs of popcorn were also $5.00. When new movies began to release, admission and concession prices went back to normal.

These films included The Polar Express, 42, and Once Upon a Time In… Hollywood, to name a few. Since reopening, the biggest success films for Cinemark 20 & XD has been Godzilla vs. Kong, The Conjuring: The Devil Made Me Do It, and F9, from the Fast and Furious Saga.

Cinemark introduced “Private Watch Parties” where guests can rent out an auditorium for up to 20 people. Though they are a bit pricey, Cinemark created these for guests to feel safe at the theater. “They allowed guests to come in and get the big screen experience in a controlled environment with a close group of friends or family,” Poe said. “It gave those concerned about COVID and being out a safe way to see a movie.”

“Cinema-Safe is a group of cleaning and sanitation protocols adapted by all members of NATO, or the National Association of Theatre Owners,” Poe said. “We all agreed to a very high standard for theaters and branded it Cinema-Safe.” Employees are provided with black face masks, and sanitization wipes are posted in the hallways and made readily available for guests.

Not only did Cinemark 20 & XD make changes to comply with local mandates set for COVID-19, but adjustments were made for guests to follow as well. Guests were encouraged to throw away their trash upon exiting the auditoriums, to create less contact for the ushers. Furthermore, masks were recommended when entering the theater, and theater-goers were allowed to take off masks when eating or drinking in the auditoriums. For a short time, only card transactions and other forms of contactless payment such as Apple Pay were permitted. Those who only had cash were directed to the box office to purchase a gift card, which could be used to pay for concessions. But, that’s not all that changed.

Streaming services such as Disney+ and HBO Max have given families the luxury of watching new releases from the comfort of their living room. Though some movies can only be experienced on the big screen, this strategy still hurt box office sales. “They have effected 2nd and 3rd week business more than opening weekend,” Poe said.

Although Cinemark was able to continue with production, not all employees were able to return to their jobs. Previous employees of Cinemark 20 & XD were required to reapply and were put in phases that determined their return. Unfortunately, only phase one employees and a few from the other phases returned. The rest were let go.

“I was promised that there would be a job to return to,” Marinah Ruiz, a former Assistant Manager of Cinemark 20 & XD said. Ruiz is currently a junior here at UTEP. Since she was not called back to work, Ruiz started a small eyelash extension business as her source of income.

New hires were brought in to make sure each department is well staffed. These departments include Concessions, Usher, Box Office and Studio Eats. Cinemark 20 & XD started out with 24 managers and 115 employees before the shutdown. They currently have 18 managers and 84 employees.

Besides the pandemic taking away the option to leave your home, the pandemic also took away thousands of jobs.

“I used to work at Cinemark bistro on the west side, but it shut down permanently during the pandemic,” Nicolas Bowman said. He now works as an assistant manager at Cinemark Cielo Vista Mall 14 and XD. Being a student at the University of Texas at El Paso, Bowman worried how he would be able to financially support himself during the pandemic.

“The only financial stability I could get was through unemployment benefits, which is the only reason I was able to go to another semester,” Bowman said.

In addition to keeping people away from the theater, the pandemic also took away free refills for large tubs, and customers are still having a hard time adjusting to this new lifestyle.

“A few people have been upset but understand when we explain why,” Poe said. To accommodate its consumers, Cinemark lowered not only concession prices but admission prices as well.

From the fresh popcorn to the luxury loungers and the “X-treme” digital experience, Cinemark 20 & XD focuses on creating a safe and memorable experience for each guest. The theater is taking the mandates and safety precautions necessary to help guests feel comfortable visiting the theater in the middle of the pandemic.

This story is a part of series of posts that were re-uploaded after being deleted.