What Happens After you Graduate? 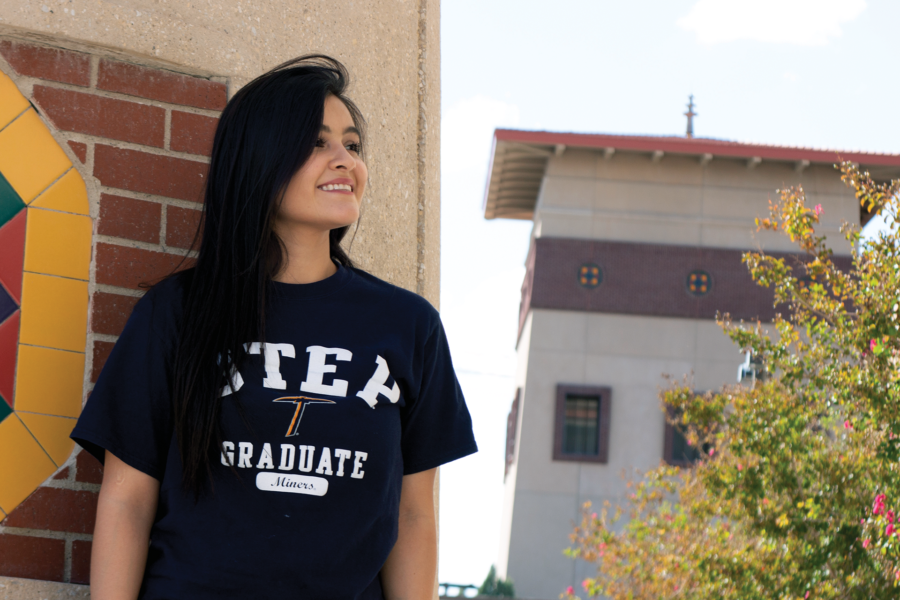 Rene Armendariz delivers pizza. On Monday through Thursday, when he’s not programming for the Ysleta School District, he’s sticking the blue and red dice on the top of his car and delivering the Mix & Match deal that you ordered over the phone to your front door.

Rene graduated from The University of Texas at El Paso in May 2007 with a Masters in Programming Science and received his Bachelors with a double major in Business Management and Computer Information Systems. But, he needed to start working as soon as possible.

“I was getting married and I had no money,” Rene says. As soon as he graduated, Rene got a job at Texas Tech where he worked as a technician for five years.

However, Rene didn’t tap into his programming skills until eight years after graduating. His previous jobs at Texas Tech and at the El Paso Independent School District were all just technical jobs.

“At the beginning it was about where can I go to get the highest pay and I got some job offers. I got some job offers from Dallas and some offers from Austin. But, the reason I decided to stay here in El Paso (is) because my wife is really close to her family and it would be a very big burden for her. I told her I got my degree so I can give her a better life and what life would it had been if I left and she was in sorrow,” says Rene.

Rene says to have told his wife that they were giving up close to a hundred-grand a year. Still, Rene does not regret his decision and says it has been a “great life.”

“I would tell her, we could go and come back and go and come back. But, she was telling me no. She kept telling me about her mom and her dad,” Rene says. “So, I came to the conclusion you can either have your family close to you or you can make a lot of money. It’s whatever you want to do. In this case, we decided to stay here and we’ve been really happy.”

Once Rene had the opportunity to take a programming job at the Ysleta School District, he took it with open arms. Yet, he still had loans to pay after graduating with a Masters degree. So, even after presenting the district with his Masters degree as he was looking for an opportunity to pay off those loans, he was not offered the raise.

“I needed to find another source of income. So, there were two things I could do,” says Rene. “I could look for another job somewhere else, making more money or try to find a second job,” Rene says. “I didn’t really want to find another job. I enjoy my job tremendously, for me to leave it just for money…well, in that case, then I can deal with it for a while,” Rene says.

So, he took on the role of a delivery driver for Domino’s pizza and has been working there for 10 years.

“Living in El Paso, basically, if you stay here, it’s a way of life. I mean, everybody that graduated with me doesn’t live here in El Paso. Everybody is living in Dallas, Austin, and San Antonio where all the high paying programmer jobs are at and they’re making a lot of money,” says Rene.

Betsabe Castro-Duarte, Director of the University Career Center at UTEP, says that an individual’s success in getting a job after graduating is dependent on the challenge they choose to accept.

“Depending on your major, there’s some that are really direct career paths into different jobs that are very obvious. So, it’s more of an easy gateway,” says Castro-Duarte, “But, for example, like me, if you get a government degree, I can go to law school, I can go to a policy center, I can go maybe work for a government agency, non-for-profit. And that’s good because you can have more options. But, that can also be scary to figure out which one you’d want to do.”

Aridiana Carillo, another graduate from UTEP who majored in Biology with a focus in Biomedical Sciences, did not look for a job after she graduated. She had always studied biology at Universidad Autónoma de Ciudad Juárez until her family began to experience attacks while living in Juarez.

“My father was kidnapped 6 years ago, outside my house and my mom, carjacked a year after,” says Aridiana. “After that, you live with the fear that something worse will happen, that’s why we decided to move.”

So, her family moved for their safety and she decided to study at UTEP.

“The education system of the United States and the one in México are different. Therefore, it was difficult for me to adapt,” Aridiana says. “But, being an applicant for medicine and being Hispanic, I think it is an advantage since schools seek diversity in their applicants.”

Because she plans to attend medical school, Aridiana has been studying for the MCAT exam for 6 months.

“I feel a bit rushed,” Adriana says. “My family and friends ask me questions daily about my career and job. But, for the moment, I keep my priorities clear. It’s more important to do well in my MCAT exam.”

According to research done by UTEP’s Center for Institutional Evaluation (CIE), Research and Planning, UTEP is ranked second for being one of the most successful undergraduate institutions that has Mexican American applicants to top professional programs at US Medical Schools, according to the 2013 study done by the CIE. So, it seems as though Carillo definitely won’t have a problem with getting that job. But, this begs the question as to why it seems like graduates in other majors aren’t getting jobs.

Furthermore, 17% of Liberal Arts students and 27% of Engineering students have been involved in internships and part-time/full time jobs according to the UCC. These numbers indicate that students outside of the College of Nursing are more likely to seek job opportunities and internships.

“Nursing students go into their nursing area. So there, you have a really high percentage (of nursing students going into the work force). They are pretty much set. Those programs are intended to give you a really direct path in that your degree aligns with a particular job,” Castro-Duarte says. “So, for liberal arts majors, you have more options and in having more options, maybe career paths are not as easily delineated for you. Sometimes I find that when you have more options, that’s great, but sometimes students might see that as a challenge.”

Castro-Duarte says that a student “will figure it out” if  they are open minded and curious.

“You’ll be fine because you’ll be flexible and you can adapt. But, if you’re scared of change, change is going to happen. You have to be able to embrace it and go with it and be open to learning new things.”

This is also what Rene likes to tell teenagers that work at Domino’s.