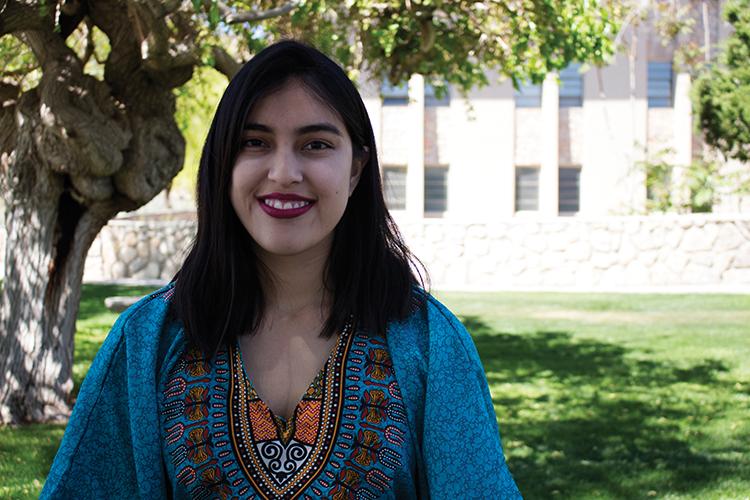 The day has finally arrived. It’s time to represent the border as it is. The
peculiarity of El Paso and Ciudad Júarez is shown in this issue from the very
beginning as the magazine comes with new ideas, new stories, new experiences
and new features.

In order to do this, we first had to get rid of the idea of having one theme;
meaning, to publish just one aspect of the border throughout the magazine. Our
job is to write in this bilingual magazine about this unequalled place between
two countries, with its mismatched routines, their divergent habitants, their
contrasting struggles, and their very unique ways of seeing the world; but how
are we correctly reporting about the border if it is not itself within
“themes?” Why don’t we better put all these different ways of living in the
same space? Just like our border is constantly having to interact with
different perspectives and sometimes opposite ideas?

Those were questions that gave birth to this issue. The border is known for its
mixes; El Pasoan restaurants with Mexican signs, bilingual schools on both
sides of the border, the pochos, the similar architecture, one whole community
going back and forth between cities, two identities shown as one in murals, in
our families and in every person who is born and raised on this border. This
time, we wanted to emphasize the different aspects that coexist on the border.

This time, Minero Magazine deals with more than just one theme. We bring
different idiosyncrasies of the border into one single issue by putting
together stories from different realms.

This issue talks about the cultural center of Cd. Juárez, how a group of local
volunteers are changing the way the border sees homeless people, a glimpse
inside the life of individuals living with autism and even the way left-handed
people see the right-handed world surrounding them.

We included a story about the street entertainment in Juárez to show how this
city is coping with violence, disorganization and skepticism from juarenses.
Reporter Alfonso González interviews various entertainment artists on Avenida
16 de Septiembre and finds the story behind them.

We also have a story about a non-profit organization that not only gives
backpacks for the homeless population in El Paso, but also helps them in their
process of returning to a home. The Giving Project’s feature includes
perspectives on why we should help others and how easy it is to do so.

In addition, we also have a story about left-handed people and their struggles
in, what we found out was a right-handed world. Reporter Isaiah Ramirez writes
about the struggles of left-handed students at The University of Texas at El
Paso and what they have learned throughout a lifetime of adaptation.

Lastly, if you are not yet convinced, my story deals with autism and the stigma
surrounding it. I got to feature different experiences on both sides of the
border regarding the struggles that come with autism, the awakening of one’s
thoughts when confronted with autism, and I got to decode several
misconceptions around autism.

We are featuring in this issue the winner of Minero Magazine’s first poetry
contest. Participants had the opportunity to submit a poem dealing with one
aspect of the border or in general. Professor of Creative Writing at UTEP,
Sylvia Aguilar and myself worked on choosing the winning entry.

We hope you enjoy this issue as the Minero staff, the interviewees and
students who worked on it put a lot of effort into it. I feel optimistic that
our audience will get a sense of new questions that arise whenever these issues
join them in their daily routine.

Thank you, readers, for your continued interest in our stories. Special thanks
to Veronica Gonzalez, Gloria Heredia, Claudia Hernández, Sylvia Aguilar, Bonnie
Perez and Ana Lilia Amén for their efforts and contributions in making this
magazine a better one.